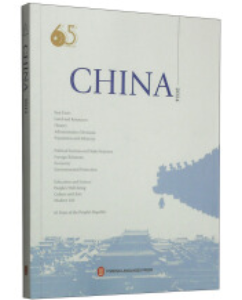 作者简介
内容简介
"The year 2014 marks the 65th anniversary of the People's Republic of China. After six and half decades, all things are now fiourishing on this vast land.   Ancient China created one of the greatest human civilizations. The Great Wall, the Terracotta Army, the Forbidden City and many other achievements are known to the whole world as the best representatives of Chinese civilization. But that was yesterday. Today's China is making new achievements. Steadfastly following the path of socialism with Chinese characteristics, the Chinese people have achieved economic, political and cultural prosperity through over 30 years of reform and opening up. More importantly, China is exploring a new model for the long-expected harmo-nious development ofits people and Nature.   This book, titled China, gives to the reader a comprehensive look at the yesterday, today and tomorrow of this huge and important country."
评价（全部0条）
0/0